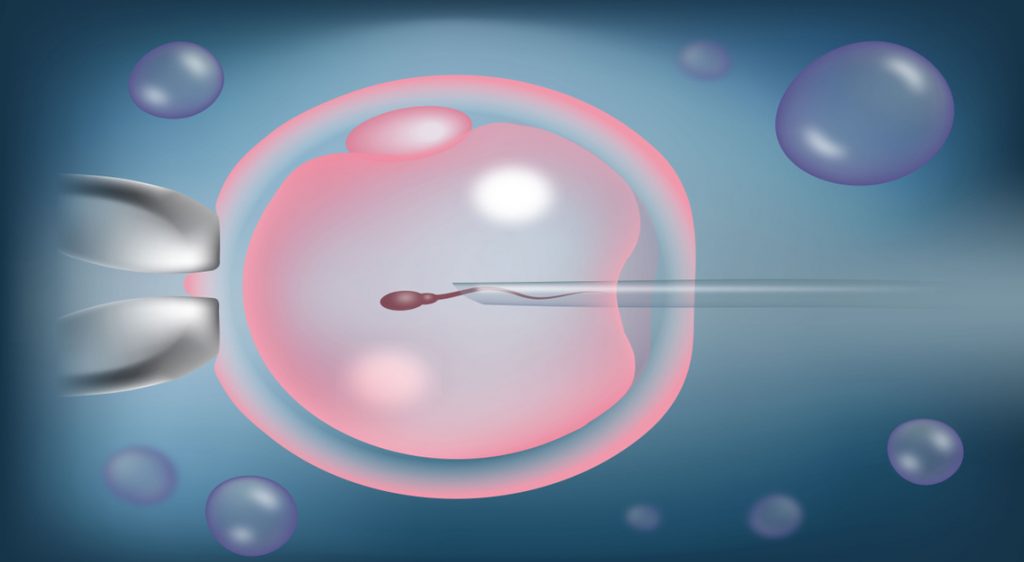 ICSI procedure entails the deposition of a single spermatozoan directly into the cytoplasm of the oocyte, thus bypassing the zona pellucida (ZP) and oolemma. The ability of ICSI to achieve higher fertilization and pregnancy rates regardless of sperm characteristics makes it the most powerful micromanipulation procedure yet with which to treat male factor infertility. Optimal and sterile conditions should be maintained during the micromanipulation to avoid the detrimental effect of variation in temperature, media and altered air quality on the gamete under manipulation.
The conventional ivf method usually produces a fertilization rate between 50% and 70%. However in the case of infertility caused by a male factor, fertilization with conventional ivf can be severely compromised, if it occurs at all. Although ICSI is now considered a routine technique, it remains one of the most demanding techniques to master, due partly to its inherent technical difficulty and partly heterogeneity of the cases encountered for treatment.
The basic steps involved in an icsi process, in the laboratory, include setting up the micromanipulator, preparation of dishes with culture media, sperm preparation scanning, identification, and grading of the oocyte cumulus complexes (OCC), denuding the oocytes and the actual ICSI procedure.
The IMSI technique, developed by Bartoov et al. is the new modified version of ICSI, wherein the sperms are magnified to about 6,600 times and subjected to the MOSOME criteria (Motile Sperm Organelle Morphology Examination ) allowing us to select the most morphologically normal spermatozoa just prior to performing ICSI.
Assisted Reproductive Technologies (ART) is currently focused on introducing advanced technologies to improve LBR (live birth rate), towards which extended embryo culture till blastocyst stage, algorithms and annotations with time lapse technology to pick the best single embryo for transfer and which has the best implantion potential, are been considered in. all the above help in the ultimate goal of a safe mother and healthy child. Pre implantation Genetic Screening (PGS) is one of the advanced ART methods, which has been introduced to enhance the reproductive outcomes further.
Once the uterus, the blastocysts must get out of the zona pellucida (hatching) so that the trophectoderm cells can interact with endometrial cells and implantation can occur. The loss of the ZP in utero is the result of embryonic and uterine functions, if naturally hatching does not occur so assisted hatching by laser can help in implantation rate.