What is General Infertility? 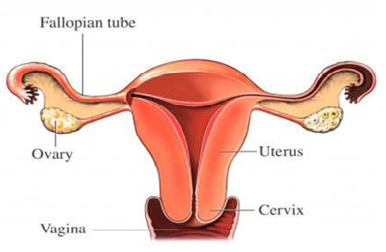 The symptoms of women suffering from endometriosis are abdominal pain, pain with periods, or pain with sexual intercourse. It is also possible that some women do not show any of these symptoms and may have endometriosis. A means to check it is laparoscopy (a surgery where a doctor looks in the abdomen with a camera usually through the belly button) in which a sample of a suspected abnormality is taken from the belly button to have a close look and identify the abnormality.

Normally in every female the process of conception depends on what is called as the female genital system. Under the influence of some chemicals (hormones) secreted by brain, ovary produces egg. Normally 6-8 fluid filled spaces containing egg are present but only 1 of them reaches up to 18-20 mm. At this time again due to the hormones this fluid filled space called follicle ruptures to release the egg, which in turn is captured by the tube. As soon as the egg is released from the follicle some new hormone are secreted by the ovary. This new hormone called P will cause period to come after 2 weeks unless the egg meets the sperm to produce an embryo.

While the ovary is producing this hormone egg waits patiently in the tube for the sperm to reach. If the number of sperms in the semen is good then out of millions of sperms that reach the egg, one will penetrate it and make an embryo. An embryo is the first cell of the future baby with 50% of egg of mother and 50% of sperm of the father. This embryo, which is formed in the tube, slowly moves into the uterus and later sticks to its walls. It then releases another chemical/hormone called HCG, which makes the uterine lining such that period does not come. It is the presence of this chemical that is detected by the urine pregnancy kits. As such the process of pregnancy seems very simple but unfortunately each step, right from the formation of an egg to an egg to sticking of the embryo is dependent on thousands of other chemicals and processes. Even if one tiny step is missed/altered or not timed correctly the woman does not get pregnant.
In most of the cases doctors are able to identify the problems with the big four.
1. Ovary
2. Tube
3. Uterus
4. Sperm

The tests for these structures are generally semen analysis, ultrasonography, blood tests X ray (HSG) or at times laparoscopy. But there are times when all the tests are normal. This is because then the problem may lie in the small tiny processes, which are neither identified nor can be investigated.

Therefore when you go to a doctor, he/she will ask you your age, how long you have been trying and if you have any apparent problems like irregular period’s surgery, etc. This is done to assess your individual ability or chance to get pregnant. Generally around 80% of all women get pregnant within 1-3 years of trying. Fecundity or ability to get pregnant cannot be measured but depends on age (most important), weight, associated diseases, previous pregnancies etc.

If your tests suggest an apparent cause of childlessness then your doctor will treat the cause or plan a treatment that bypasses that obstacle. But sometimes as mentioned previously no apparent cause is found out. In such the couple can either continue to try on their own or try with different treatment options like ovulation induction, IUI or IVF.

At the end of the day the path to get pregnant is a journey which each of us need to undertake. For some this journey is short while for some it is long. For some it is fruitful while some it is not. At time there are no good answers only viable options. But generally with hope, the most difficult of journeys become easy and bear fruit.